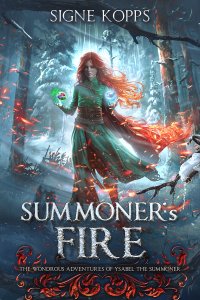 Ysabel’s latest adventure takes her back to the White Woods in search of Jax. The boy she loves has been enthralled by Neva, a powerful frost nymph who has stolen the magical winterstone ring from the Queen of Snow. Neva intends to use the ring to free the frost nymphs from the snowlands, create permanent winter in the green lands of the forest nymphs, and entomb all warm-blooded creatures in eternal ice and snow. Ysabel’s companions- a stouthearted tree nymph and an amorous faun- help Ysabel in her dangerous quest to free Jax from Neva’s enchantment and prevent the evil frost nymph from destroying their lush and beautiful world. 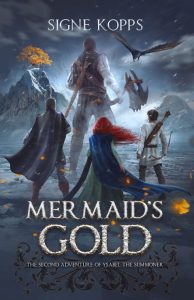 Ysabel is on a new adventure helping her giant friend Horace, search for a golden tree that grows on an island in the middle of the frozen Northfast Sea. Ysabel is confident in her growing ability to summon magic, but can she protect Horace and their two companions from a pack of hungry wolves pursuing them across the ice-bound sea? Will Ysabel’s magic be powerful enough to save them when they discover that reaching the island is merely the beginning of their ordeal? 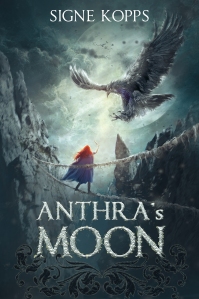 Ysabel hadn’t planned on becoming a hero, but when a monstrous bird called the Anthra abducts a baby princess in Ysabel’s care, it’s up to 14-year-old Ysabel  to save the child before the rising of the full moon, Anthra’s Moon. Along with her two companions, an old soldier and a friendly giant, Ysabel travels across a dangerous land battling an evil enchantress, poisonous snakes, ferocious sawfish, and fire-breathing birds.

And then she faces the Anthra.

The Anthra is based on Argentavis Magnificens, a prehistoric bird that lived 6 million years ago in Argentina. At its height it stood over eight feet tall with a 25-foot wingspan. It soared on the winds, could dive at speeds of 150 mph, and carry off a full-sized ox. She’s a worthy adversary for a 14-year-old girl. 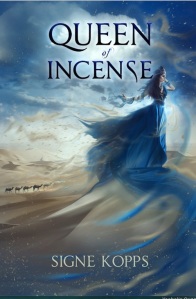 Who was the famous Queen of Sheba? Three thousand years ago she traveled across the vast Arabian Desert, carrying a magnificent treasure in frankincense and gold to King Solomon in Jerusalem. Her legendary visit has been portrayed in books, paintings. symphonies, movies, and religious texts, yet there’s no evidence she ever existed.

Perhaps she did, and perhaps this is her story.